I’ve been reading some lists of the “greatest” movies of all time. Movies such as Titanic, the Graduate, and others always make me shake my head. Who makes these picks? The name is Titanic, a ship is going to sink and people are going to die. Big surprise. Throw in some fictional account about a grease ball and a floozy, invent the locking of third-class passengers from coming to the deck, and you have confused a generation about history. Wow, that’s a great movie! The only redeeming value is watching that guy die at the end. The Graduate? Only Woody Allen could make a movie worse than that mess.

I thought maybe a list by a normal person was needed. Here’s some background info on me to show that I am normal. I have formerly held the esteemed positions of grocery carryout, pizza delivery driver, shoe salesman, and mall store cashier. I love my wife, son, football, fishing, and hunting. Not necessarily in that order. I stand for the Pledge of Allegiance and like to sit in my recliner wearing old shorts and a ratty tee shirt. I don’t like wine or caviar, but sure like ice cold Mountain Dew and potato chips. I think that makes me normal.

Some movies are picked just on their merits alone, but I prefer movies with a moral. The moral can be simple such as the good guy killing the bad, but I like to be moved and not just entertained. I kinda looked at it as if I were to be forced to pick only 10 movies that I could watch for the rest of my life. With that said, here are my picks for the 10 greatest movies.

I know I might loose some votes from my fellow residents of flyover country with this pick. But, Casablanca is a great movie. An interesting plot, a great cast, and it keeps you guessing. The experts often list this in the top ten.

Gone With the Wind

This is another movie that the experts actually pick correctly. I won’t talk about it as everyone has watched it. You have watched it, right?

To Kill a Mockingbird

This is a great story showing the ignorance of the past without being over the top with it.

Now, this is a blue collar, red blooded movie. Is there anything more American than an undersized guy busting his butt to meet his life’s dream of playing for Notre Dame? This movie makes you believe you can go outside and run through a brick wall.

Again, a great American movie. This isn’t “I coulda been a contenda”, this is I AM a contender.

Gary Cooper stars as a country farm boy sent off to war. Again the theme of a nobody doing great things while overcoming personal problems.

No great moral here. A guy wants to see his daughter, and well things go wrong. Haven’t we all almost been there?

A true picture of the mess that is Washington D.C. Corruption, greed, and political favors. We need to find our Mr. Smiths.

The ultimate good versus evil movie. Makes you want to be Catholic.

OK, don’t laugh. I don’t know why but I love the two old versions of this movie. While I like the crotchety old man, I also like the story of his transformation to being a better person. I think those spirits need to visit a lot of other people.

So that’s it. 10 movies that you don’t need a psychiatrist to explain, a panel of college professors to discuss, and you don’t have to worry about your kids watching. Was that so hard? 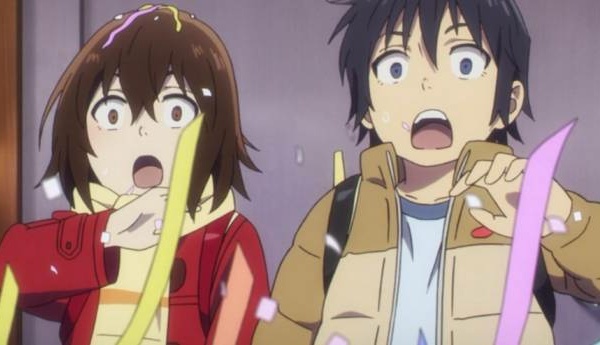