Have you heard? Movies are all awful now. If you’ve enjoyed yourself at the theater in the past decade, you were wrong. There’s nothing but sequels, franchises, and shallow blockbusters. Except for all the amazing movies out there, but who cares, right?

The refrain that movies are “just terrible” now is a popular one among critics. This is partly because it’s very fun to pick apart movies and find their flaws. Series like CinemaSins, How It Should Have Ended, and Honest Trailers point out the things that you didn’t think about during a movie and everyone has a little chuckle. Since movies are huge, complicated projects with hundreds of people making decisions, it’s impossible to get them perfect. This series never lack material.

Then there are more serious movie reviewers. The kinds who contribute to movie review sites like Rotten Tomatoes and Metacritic (which are largely bullshit, by the way). For these people, going out to see the latest superhero blockbuster isn’t a casual treat after a hard day’s work. It is a hard day’s work. When you have to watch and keep up with huge franchises because it’s your job, it can feel a lot more like it’s unbearably exhausting, rather than a fun experience.

Like it or not, these people are the tastemakers. They’re the ones who either get to see a movie first, or they’re the ones whose opinions are the most widely viewed. And, with few exceptions, they’re all predisposed to view films negatively. You can only hear the people who watch movies for a living talk about how crap they all are so much before you start to believe it.

Except They’re All Wrong

I don’t want to speculate about whether movies used to be better “back in the day” because that’s arbitrary, colored with nostalgia, and useless. Plus, those movies still exist. If you miss the days when the original Star Wars or Ghostbusters movies were selling out box offices, you can still go watch them. There are like a hundred ways to buy, download, or stream them in fifteen different remastered edits. Go find one.

However, if you want to go watch a really awesome new movie that blows you away with its creativity, original story, stellar dialogue, and gorgeous visuals, guess what? You can do that, too. There are tons of awesome movies out there for you. There are so many I can hardly keep up.

2016 has been described as a disappointing year for movies because things like Batman v. Superman, Suicide Squad, Ghostbusters, and Warcraft exist. We’ll set aside for the moment that each of those movies has some merit and are a far cry from The Room-level train wrecks like some would lead you to believe. They’re widely panned. Fair enough.

Let’s take a look at some movies that also came out in… 2016 for example. Just for the fun of comparing, I’ll throw in their Metacritic rating as well as global box office.

The second installment in the Cloverfield franchise (if you can even call it that), this movie largely focuses on a claustrophobic horror setting where John Goodman is terrifying. Despite a polarizing ending sequence, the bulk of the film features some of the most riveting suspense in a modern film. Its horror focuses on scary characters, rather than cheap jump scares, grody zombies or demons, and gore. There’s a little of each, but even for those who didn’t care for the first Cloverfield (myself included), this was a standout entry.

As a side note, the production of the Cloverfield franchise is almost more interesting than the film itself. Each new movie (and there’s a third on the way) is a standalone movie in a Twilight Zone-esque not-quite shared universe. Producer JJ Abrams has described them as “what if” stories, giving them room to experiment without being beholden to a single continuity. This is stupidly exciting. Whether it succeeds is left to be seen, but if Cloverfield can be a vessel for low-budget, experimental movies and a return to conceptual sci-fi, I’m all about that shit.

Speaking of conceptual sci-fi, Arrival is simply brilliant. This is a completely standalone film—that should please the franchise-haters in the audience—that asks hard questions about how we communicate, and even how we perceive time itself. Despite the world-changing consequences of the story, it remains steadfastly focused on just a couple of very relatable characters. It also deftly walks you through its central premise, rather than simply describing it to you. Plenty of movies are good at saying something profound (looking at you, Dark Knight trilogy), but few excel at helping you understand that idea by making you experience it. Arrival received several Oscar nominations and won one award, and it was all well-deserved.

Kubo and the Two Strings

If I had to praise Kubo and the Two Strings for its animation alone, I could go on all day. Stop-motion animation has been largely passed over in favor of CGI films ever since the first Toy Story (unless you’re Tim Burton or Henry Selick), so seeing the medium used at all is a treat. However, you would be forgiven for thinking this isn’t stop-motion at all. After I watched this movie for the first time, we sat and watched a fifteen-minute documentary showing off the animatronics, models, and sets that were built to bring this world to life. I hadn’t been this astounded by the craftsmanship on production since the original Lord of the Rings trilogy.

If that weren’t enough, though, Kubo is a delightfully told piece of folklore. It’s a fantastic adventure story that ultimately centers around a single-family and their internal struggle. Rather than simply employing the tired trope of “family and love conquers all,” Kubo dares to show that family can be not only your greatest ally but your worst foe. The resulting story is as heartbreaking as it is endearing.

Kids deserve better movies. You’ve said it to yourself every time you’ve had to sit through some garbage, piece of shit animated special with your nephew, and you bemoan the fact that kids don’t have the kind of classic you had when you were younger. Well, they do. Here’s one of them. Zootopia won critical acclaim (and took home Best Animated Feature Film at the Oscars).

The movie has been described as a commentary on various types of prejudice, and it is, but that’s also a huge oversimplification. The movie also tackles the concepts of bullying—and how to build bridges with your bullies—pursuing your dreams even when society doesn’t want you to, and even briefly touches on the topic of controlling the minds and bodies of other people. In the future, we’ll probably look back on Zootopia and gasp at the deeply serious topics it tackled with as much awe as we examined the idea of entrenched sexism in Mulan or political assassination in The Lion King. Seriously. That’s in a kid’s movie?

These are just the 2016 movies I’ve personally watched. My list of films that seem well-received that I still need to see includes The Jungle Book, Green Room, Hail Caesar!, Moana, Finding Dory, and The Nice Guys. And those are just the ones I came across on my own throughout the year. I also want to get through half the Best Picture nominees, including Moonlight, La La Land, and Manchester by the Sea. And oh right! It’s March already! So, I need to add A Cure for Wellness, Get Out, and John Wick: Chapter 2 to my list for 2017.

And, by the way, this doesn’t even touch all the huge blockbuster and/or superhero movies I have seen that are also good. I’m a Marvel fanboy, so of course, I liked Captain America: Civil War and Doctor Strange, but even I can admit 2016 was a pretty weak year for superhero movies in general. But can we talk about how incredible Deadpool was? Not only on its own merits but the fact that it was made at all? Oh, and let’s not forget Rogue One, which shot straight to the upper echelon of most Star Wars’ fans list of favorite Star Wars films.

And if we can step on 2017’s toes one more time, Logan was incredible. If ever there was a justification for decades-long superhero franchises, that gut-wrenching film of two characters we’ve watched for 17 goddamn years is it. Oh, and Lego Batman is quite possibly one of the best, most fan-faithful Batman movies ever made.

So far in this article, I have named twenty movies released since January 1st, 2016 that are pretty awesome. If you can’t find something that you like in there, maybe that’s your own fault.

Maybe the problem isn’t that good movies don’t exist. Maybe what critics and reviewers and armchair commentators are really upset about is that the movies they think are good don’t make the big money. Kubo barely made over its production budget which, when you include marketing, means it probably lost money. Arrival made less worldwide than Doctor Strange made in just the US. Where is justice?

Here’s a terrible lesson for you: movies don’t make money from justice. They make money from getting people in seats. And contrary to how you may want to view the world, most seats are filled by someone who just wants to go watch something enjoyable.

Fortunately, there are movies for everyone. Good movies almost always exist alongside the bad ones. The year we got Son of the Mask, Deuce Bigalow European Gigolo, and the first Fantastic Four movie was the same year we got Serenity, Sin City, and Batman Begins. Fortunately, we tend to remember the latter much more than the former, but they all happened at the same time.

We’re even getting to a point where the average movies are still lightyears better than they used to be. It may be fair to criticize Civil War or Doctor Strange as boilerplate superhero fare (personally, I disagree, but I can respect the perspective). But surely even that’s better than Catwoman or Daredevil.

Hell, I’d even rather watch Suicide Squad again than sit through Punisher: War Zone or Ghost Rider: Spirit of Vengeance. Even if the bad movies of 2016 failed in telling their story, they at least don’t fail as spectacularly as their older narratively- and technically-inept counterparts. Maybe I wish Batman v. Superman had a more coherent plot, but at least it didn’t have a CGI Satan puppet.

I understand being overly negative about movies. I really do. I’ve been the guy who ranted for hours in the parking lot about some nitpicky bullshit that just totally ruined a movie for me. Hell, maybe that culture of criticism is what drives filmmakers to be even better and avoid the simple flaws that we’d probably let them get away with.

However, at a certain point, we have to acknowledge the truth: Movies are good. Really good. There are so many good movies available that we can’t keep up with them. You’ve probably forgotten more good movies you meant to see over the last year than there are genuinely bad movies in that same time frame.

Don’t stop critiquing. That’s okay. I’ll do it, too. But some time between your rants about how superhero movies keep setting up the next movie, or how CGI is overused, take a second to recognize the glorious luxury of having too much good art to keep up with. 10 Favorite Movies of a Normal Person 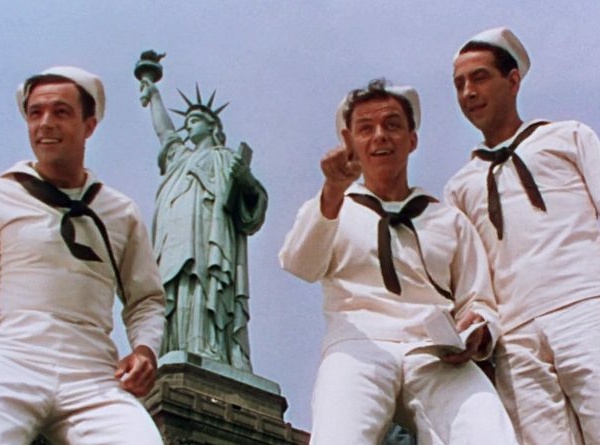 Top Five Movies to Make You Want to Travel